Find anything you need

Toe rings, also known as "bichiya" in Hindi, are a traditional Indian custom worn by married women. These small, delicate rings are worn on the second toe of the feet and are often made of silver.

The history of Indian toe rings, or "bichiya", can be traced back to ancient India. The custom of wearing toe rings is believed to have originated in the Vedic period, around 1500-800 BCE. The Vedas, ancient Hindu texts, mention the practice of women wearing toe rings as a symbol of marriage and femininity.

In ancient India, it was common for women to wear toe rings as a symbol of their married status. The custom of wearing toe rings was a way for women to show that they were not only married but also that they were respected and honored in their communities. Wearing a toe ring was seen as an important rite of passage for women and was considered a sign of maturity and femininity.

Over time, the custom of wearing toe rings has evolved, but it has remained an important tradition in Indian culture. Toe rings are still worn by married women as a symbol of their marital status and femininity. In Hinduism, it is believed that the toe ring is worn to honor Lord Vishnu and his consort, Goddess Lakshmi. Wearing a toe ring is also said to bring good luck, prosperity, and longevity to a marriage.

In modern times, toe rings have become a fashion accessory and are worn by both married and unmarried

The scientific reason behind the traditional Indian custom of wearing toe rings is related to the concept of "reflexology." Reflexology is a form of alternative medicine that is based on the theory that certain points on the body, known as reflex points, correspond to specific organs and systems in the body. The idea is that applying pressure to these points can help to stimulate the corresponding organs and systems, promoting overall health and well-being.

The use of silver in toe ring is also believed to have antimicrobial properties, helping to prevent infections and other foot-related problems. Silver has natural properties which helps to prevent bacteria and fungus growth which can be cause of foot infections.

It should be noted that while the reflexology theory behind toe rings is interesting, it is not scientifically proven. More research is needed to fully understand the potential health benefits of wearing toe rings. It is always recommended to consult with a healthcare professional before using any alternative medicine practices.

How to Choose Toe Ring

When it comes to choosing a toe ring, there are many designs and styles to choose from. The most traditional and popular choice is a simple silver ring, but there are also toe rings with intricate designs, stones, and even toe rings with matching ankle bracelets. Some women prefer to wear toe rings that match their other jewelry, while others prefer to mix and match for a more eclectic look.

Why Gold Toe Rings Are Not Worn

There are a few reasons why gold toe rings are not as commonly worn by Indian women as silver toe rings.

In conclusion, the Indian custom of wearing silver toe rings is not just a traditional practice but also carries with it various benefits for women. Whether worn for cultural or health reasons, the toe ring is a beautiful and meaningful accessory that adds to a woman's overall beauty and elegance.

No reviews
Aferando Deepika Padukone Inspired Hand Crafted... Rs. 599.00 Rs. 1,999.00
These hand crafted jhumka earrings are inspired by the iconic style of Bollywood actress Deepika Padukone. The earrings feature intricate hand painted meenakari work, delicate pearls and sparkling kundans for a traditional Indian look. Perfect for adding a touch of elegance to any outfit, these earrings are sure to become a staple in your jewelry collection. Product Specification: Product Type :  Jhumka EarringBrand : AferandoProduct material : Alloy (mixing of Copper, Brass & Zinc) with gold plating. 100% non-allergic metal. Safe for sensitive skins. Product Height : 55 mmProduct Width : 26 mmProduct Colour : Yellow ColorBest suited for :  Casual ethnic look . Style Tips : These earrings are perfect for adding a traditional touch to any outfit. Try pairing them with a saree or traditional Indian wear for a complete look. They are also versatile enough to be worn with a western outfit for a more contemporary look.
-76% sale

No reviews
Elegant Pearl Hoop Earring Rs. 299.00 Rs. 599.00
These Pearl Hoop Earrings are a classic and elegant jewelry item that can be worn by people of all ages and styles. They feature a circular shape with a delicate pearl embellishment that adds a touch of elegance and femininity. The hoops are made of gold plated alloy and can be worn casually or dressed up, and are suitable for both everyday wear and special occasions. They are lightweight, comfortable and easy to wear, making them perfect for everyday wear or special occasions. These earrings are perfect for adding a touch of sophistication to any outfit, whether it's a formal event or a night out with friends. Product Type :  Hoop EarringBrand : AferandoProduct material : Alloy (mixing of Copper, Brass & Zinc) with gold plating, PearlsProduct Colour : Gold ColorBest suited for :  Casual look .
-63% sale

1 review
Hand Crafted Exquisite Designer Light Weight... Rs. 399.00 Rs. 799.00
This exquisite designer Kundan earring is perfect for your brunch hangout. We have used premium quality gold platted alloy and world class quality Kundan to give it a very alluring and expensive look. Each and every minute detailed work is hand crafted with  great passion and love by a small group of Indian women who have partnershipped with us in showcasing the cultural ethos and rich heritage of india . We provide access to the finest crafts with an assurance of authenticity, beauty, value, aesthetics and design. Product Type :  EarringBrand : AferandoProduct material : Alloy (mixing of Copper, Brass & Zinc) with gold plating, Kundan , pearlProduct Colour : Pink ColourProduct Height : 45 mmProduct Width : 10 mmProduct speciality :  Hand painted workBest suited for : Casual wear
-43% sale

No reviews
Aferando Double Hoop Metal Stud Earrings... Rs. 299.00
These Gold Plated Double Hoop Metal Stud Earrings are the perfect accessory for any fashion-forward woman. The unique design features two hoops, one inside the other, that adds a touch of dimension and depth to the earrings. The earrings are plated with gold, adding a touch of elegance and luxury to the overall design. They are lightweight and comfortable to wear, making them perfect for everyday wear or special occasions. The earrings are versatile and can be worn with both casual and formal outfits, making them a great addition to any jewelry collection. Product Type :  Stud EarringsBrand : AferandoProduct material : Alloy (mixing of Copper, Brass & Zinc) with gold platingProduct Colour : Gold ColorBest suited for :  Elegant Western look .
Show more
Tags: jewellery

Pay by cash upon delivery
Customers rate us 5.0/5 based on 158 reviews.

Let customers speak for us

Got my parcel. Its really fab. Light weight hai. N quality😘😘😘. Love it. 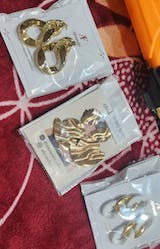 Beautiful and stylish...My friends love it..got 2 more for them as well.

The studs look so much more beautiful in real life. The design and colors just look so majestic when worn/seen in person. Bonus points for the packing. The studs were literally packed so nicely and neatly that it leaves no chance of the product being damaged. Would definitely shop again, without hesitation. 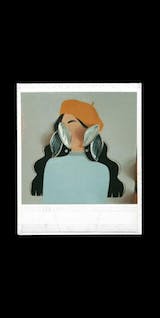 Got my hands in this beautiful pearl hoops... so happy to recieve it cos of its quality, size and the packing!
Just the same as shown in picture!
Totally love it!
Thnk u

Lovely quality at the price sold

Very nice at the rate at which is sold.good quality